Obvious recent information revealing the tragic ways Britney has been treated by her record company, business partners, family members, and the media throughout her rise and fall in ‘commercial stardom’ has taken priority in recent news stories, however, one thing that never seems to be questioned about Spears was her ability to turn a pop song into an absolute smash hit.

As a young singer trying to make a splash after her brief stint at the Mickey Mouse Club on Disney, Britney struggled to expand into music after being turned town by several record companies. Finally, after collaborating with some producers in Sweden, she finally released her debut album ‘Baby one more time’, which as far as Rewind is concerned is an absolute ground-breaking album, noted for re-starting the teen-pop music phenomenon again in the late 90s. And the accolades for the album speak for themselves, with it receiving two nominations at Grammys in 1999 for best new artist and best female pop vocal performance, and fresh-faced 17-year-old pop star that’s an amazing achievement. Oh, and did I forget to mention it sold “25 million copies worldwide? Spears' solo success at such a young age was almost unprecedented and helped lead the charge for teen queens such as Christina Aguilera, Mandy Moore, and Jessica Simpson. She held the Guinness World Record for having the "best-selling album by a teenage solo artist.” (Secrets You Never Knew About Britney Spears' ...Baby One More Time". E! Online. November 26, 2021. Retrieved December 2, 2021.)

But, as four years went by and two more amazing albums were released, you could hear Britney’s sound and lyrical prowess start to mature and seemed to become more diverse, stepping away from the early candy pop sound and into full-on ‘Boss B#$!H’ mode. Let’s dive into how Toxic electrified not only the world, but specifically, a wider audience than Britney and her musical team may have prepared for after its release in 2003.

The song's original score is actually from Bollywood! A classic film called “Ek Duuje Ke Liye” which like most early Bollywood films, is an intense romance that uses sharp violin sounds in its musical numbers, which are the opening low and high sharp violin sounds you hear at the beginning of Toxic. They play tricks with your own emotions listening to it as it jumps from groovy and solid low notes, that simultaneously seem like they are spinning out of control, and just as you are trying to make sense of that, a crazy high F# note comes in to blow you away to fill out the bar. Then it starts all over again! While also layering an acoustic guitar and an electric drum to hit the main accented beats, waa-lah you have the basic blueprint for the musical sound of Toxic. Partnered with Britney’s lyrics and vocal sound, which has a mysterious ‘James Bond’ ambiance, while also mirroring parts of the violin to stay consistent with the melody, it creates an atmosphere of a fun cinematic landscape, like the perfect song for an action film. (Fun fact: Our very own Martin Henderson played the love interest in the music video, which is very action-packed and delivers some drama in its romance which he probably took some inspiration into his next role as Nathan Riggs in Greys Anatomy in 2005)

So how has the song aged? Well, it won Best Dance Recording at the Grammys that year, making it Britney’s first win and redeeming her Grammy nominations loss from her first album, it has been covered by hundreds of diverse artists from hardcore post-rock bands like A Static Lullaby:

To all girl bands putting their own grunge pop-rock spin on it with Hope D and her crew:

The awesome ladies from Pitch Perfect gave an almighty shot in their movie:

And even making it sound ‘Amy Winehouse’ with many YouTube bands and artists covering it like an old swing jazz club song:

..and is almost guaranteed to be heard if there is acoustic musical entertainment at a beer garden or Sunday market.

The song lives on through its diversity and complex origins, however, what we can’t forget is after all the horrible behaviours and madness pointed toward Spears and surrounded her entire career, is that the music and its ability to evoke so many different emotions is extraordinary.

It is hard to conclusively state who is responsible for the energy and intoxicating effect this singing has with so many moving parts to create the melody and instrumentation, while also keeping in mind the sketchy history behind motivations to push Britney to make choices she did not always want musically and in her personal life. What I can say is that as far as this song is concerned, it will never cease to make me feel confident, empowered, an extra pump in my step, and the confidence to be myself. It just gives you that rollercoaster of emotions, and quite frankly I think I’ll always be addicted to you, Toxic. 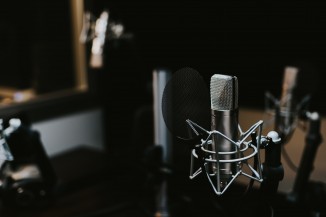 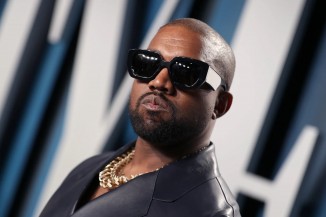 The rise of Kanye West