The rise to fame and legacy of the 1999 band Fast Crew.

Upon forming in Auckland in 1999, It would be almost three years of experimenting and
playing gigs around Auckland before Fast Crew would release their first single. Titled “Mr
Radio”, Their first single was released at a time when the Kiwi Hip Hop scene was beginning
to truly flourish. Mr Radio was received well and featured heavily on the airwaves and on TV
screens of the nation.
Fast Crew followed their initial release with arguably their stand out hit “I Got” in May of
2004. Their newfound mainstream success earned praise from audiences as they supported
several international acts, including Missy Elliott and Busta Rhymes.
"I Got" debuted at number 26 on the New Zealand Singles Chart on 31 May 2004 and slowly
climbed the chart, peaking at number 4 on the New Zealand Charts for two weeks in July
and August. The success was not limited to New Zealand though.The single of their first
album (Set the Record Straight) was featured on “Now That’s What I Call Music 15” as well
as “Kiwi Hit Disc 68”. Upon its release in Australia in mid 2005 it reached peaks of #22 in
Australian charts , #4 on Australian Club Chart and #13 in Australian Urban.
The group's Debut album “Set the Record Straight'' which was released in December of
2004 achieved a Platinum certification in New Zealand as well as tracks from the album
charting well abroad. The group toured New Zealand promoting the release, and the album
achieved Gold Certification after a week of its release. Their Success was not without some
controversy, an unlicensed use of an audio sample from The Eagles saw the album being
withdrawn from both the Australian and New Zealand market.It was re-released with a remix
of the track which initially saw the album withdrawn from the market and earnt Fast Crew 3
nominations at the 2006 Australasian Urban Music Awards.
The Nominations
-Best Hip Hop Single "I Got", Best Hip Hop Album “Set the Record Straight”, and Best Hip
Hop Group.
The bands success lasted nearly a decade from their forming before the mutual decision to
part ways. One member (Dane Rumble) went on to have his own highly successful solo
venture after his success with Fast Crew. 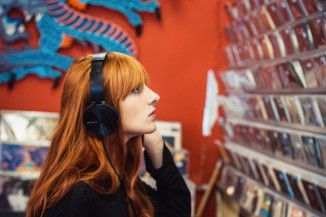 According to Aidan: Top New Zealand Anthems from the 90s and 2000s that you've probably forgotten about!